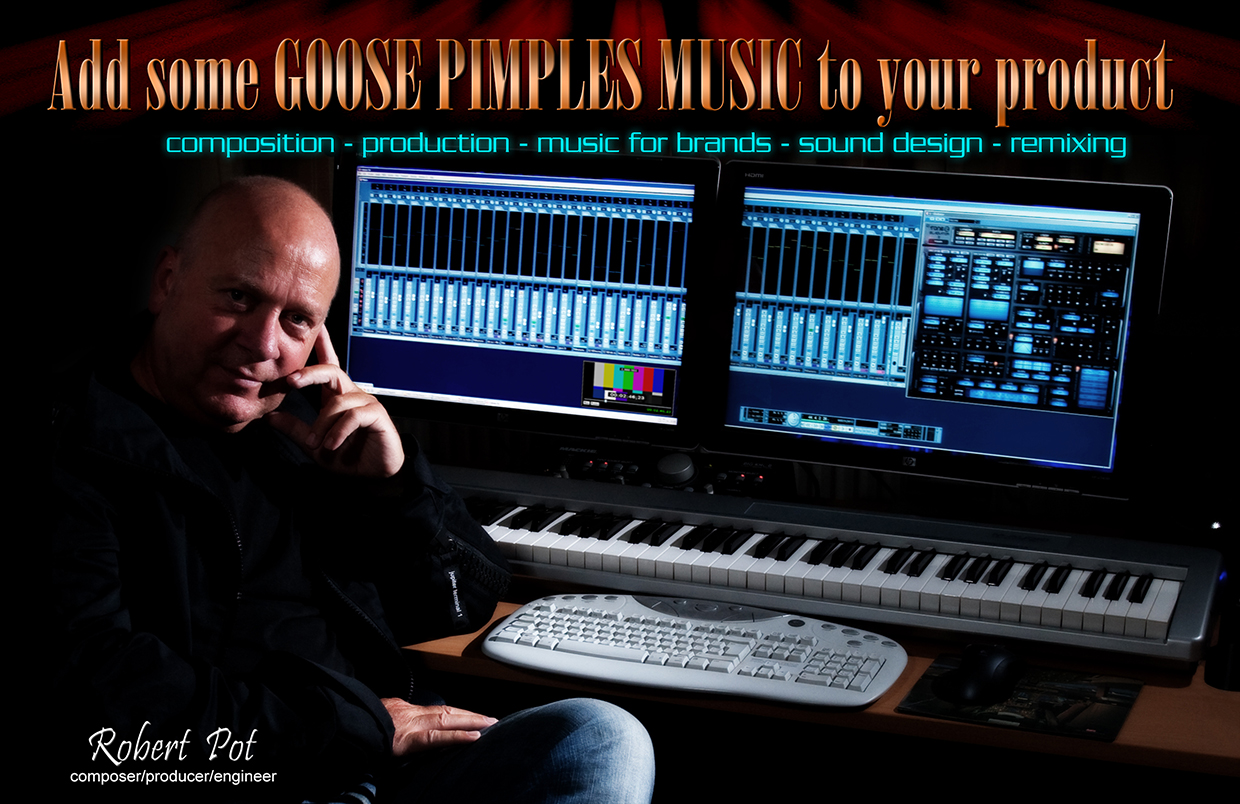 On this website you’ll find some information on Robert Pot being an independent producer/songwriter and on his most important music project: FUTUREWORLD ORCHESTRA.

Robert is the instigator and sole owner of GOOSE PIMPLES MUSIC, an independent music production and publishing company in the Netherlands. Robert, creates music and designs sounds to x-platform media like: film, television, audiovisual, pop-music and internet. Robert also is a seasoned composer and producer of pop music and film and TV-music. Experienced in all musical styles, Robert has provided works for international released studio projects like: Future World Orchestra, starting in the early eighties and many other pop music projects. Besides producing pop-music Robert also produced music scores for national and regional networks and scores for commercials.

“My company and recording studio are based in Hellendoorn, a quiet village in the country of Holland. For 95% of all my music recordings, I make use of keyboards, software synthesizers and digital recording software. The technical development nowadays has progressed in such a way that differences between real instruments and software instruments are hardly distinguishable. The use of keyboards and utilizing the newest techniques forms an inexhaustible source of inspiration to me. As a producer, I’m always on the look out for new talent. Beside using my talents for my own musical productions, I love to utilize it for your projects!”