Skip to content
“In the end, it’s in everyone’s best interest for it to be done right. While there may be a schedule looming, there’s also everyone’s arrogant sense of excellence. Sometimes, though, you just have to swallow hard and do the work. Those are the moments when you face huge kinds of primal fears. But the good thing about movie music is that oftentimes you defeat those fears and it teaches you something basic about your nature.”
— Thomas Newman in 1998 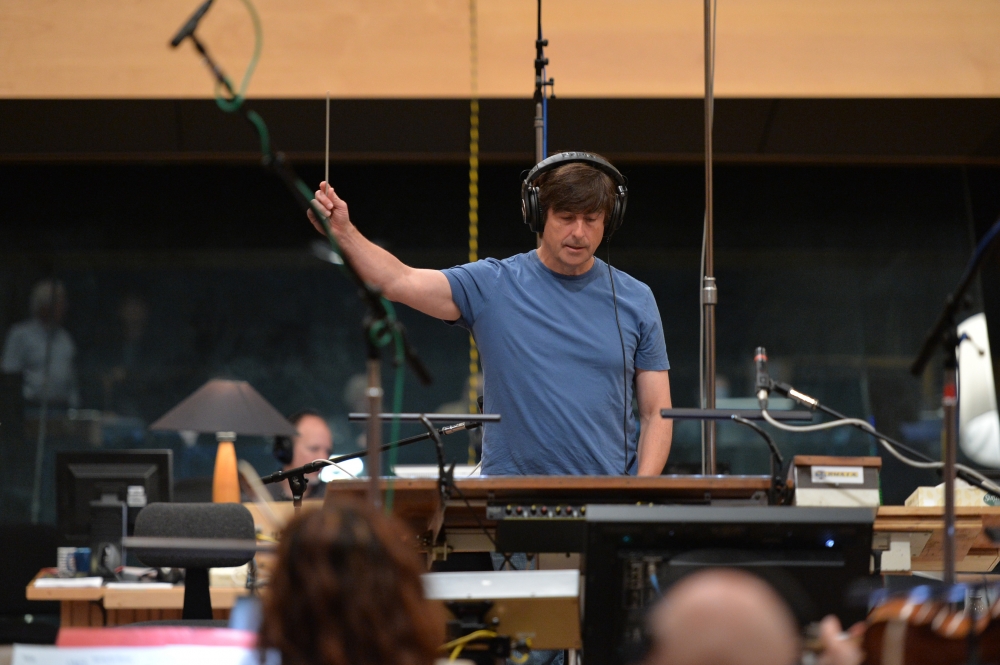 Legendary Golden Age composer Alfred Newman was the winner of nine Academy Awards and the longtime music director at 20th Century Fox Studios. His death in 1970 came as his son Thomas was just 14, and yet, the legacy of Alfred Newman’s career has been carried on in Thomas Newman’s prolific, if not paradoxical film scoring career. Despite the magnificent musical talent applied to films and television in the past and present, Thomas unintentionally stumbled into the scoring business by accident. He is well known for writing spectacular scores for large orchestral ensembles, and yet he personally prefers writing for small ensembles and producing quirky, off-beat rhythms. He continues to be one of the most sought-after composers in Hollywood, despite his lack of ego and an insecurity he often feels about his own scores (though his frustration at his continued lack of an Oscar persists). Newman works today in the same old Pacific Palisades studio that his father used for years.

That studio, once adorned with a piano and a stopwatch, is now a hi-tech center of computerized recording equipment, complete with some of Newman’s favorite unusual instruments. Moving effortlessly from dramas to sharp satires to period pieces, he has earned a reputation as one of the most versatile composers working in Hollywood today. With regular collaborators Bill Bernstein, Thomas Pasatieri, and others, Newman often utilizes a set of unusual and rare instruments alongside a standard symphony orchestra to create an enigmatic and highly unique sound that is both lush and pastoral, but infused with the rhythms and textures of world music. Unceasing experimentation, often using an ensemble of players that Newman has employed in previous scores, helps define his approach. He thus manages to elicit an enormous amount of the emotional content of a film without being obvious about it. The directors with whom he has worked agree that Newman has an original voice and is a genuine collaborator. In 2003, his apprehensive effort to enter the realm of his cousin Randy Newman and score an animated picture, Finding Nemo, was a remarkable success.

We use cookies to ensure that we give you the best experience on our website. If you continue to use this site we will assume that you are happy with it.OkRead more